From Germany with Love, Train Sets Shipped Home during WWII

As discussed in previous articles, the Marklin factory continued production during WWII. American soldiers operating in the area are said to have visited the factory specifically.  Not only were they there to collect intelligence, but also indulge in some toy shopping for those back home.  The Marklin factory had an in-house showroom with all the latest models running and many promotional dioramas on display.  Although there are few first-hand accounts available to tell their stories, the memories are passed down to children and grandchildren. Several readers have sent in photos of PX (“Postal Exchange”) sets that were sent from Germany to the USA, typically dating from 1943-1947. The most common sets contained locomotives SK 800, HR 800, or the e-loco RS 800.  One such set retained the original receipt from the factory! 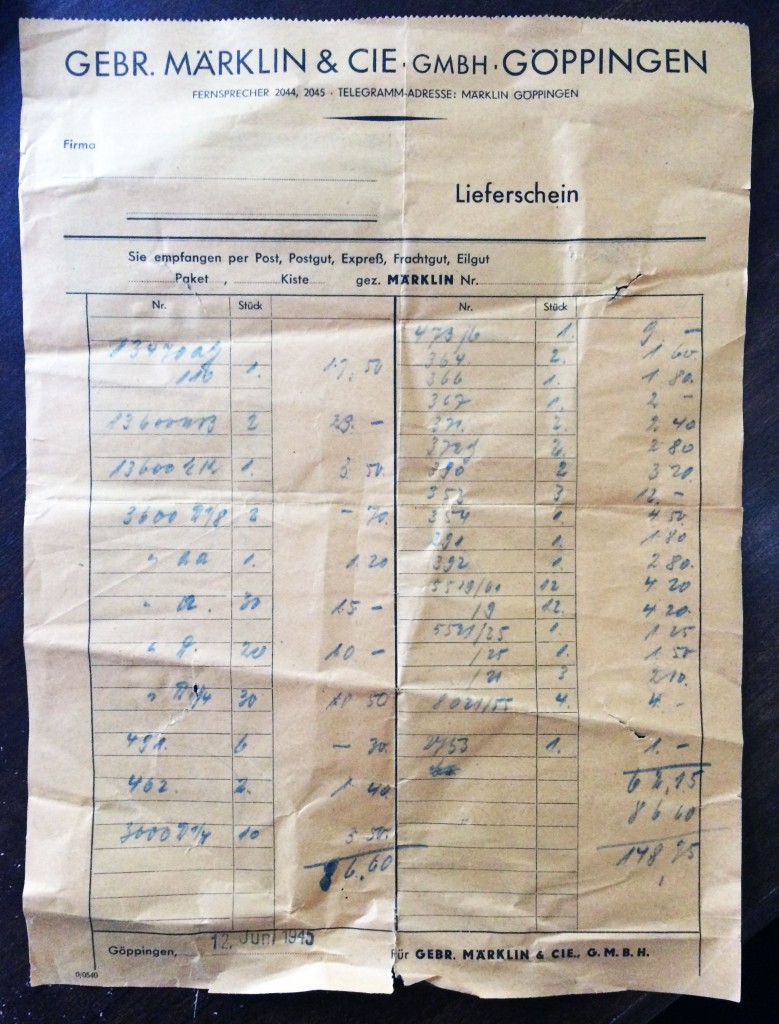 The receipt above likely was a return visit as the products are primarily track, accessories, some diecast cars, tons of rolling stock and passenger cars.  The first big purchase must have been a large set or a few locos and the smaller purchase came later!  As the main cover image of this article shows, many of the sets came in large brown cardboard boxes or heavy-duty wooden crates.  Crates filled with military equipment now contained toy, trains and accessories!  They were perfect in protecting the trains during the long journey from Germany back home to the USA. The sets commonly have an APO address (“Army Post Office”) and appear to have been sent through New York before reaching their final destinations.  All packages are careful to note that the crates contain “NO GOVERNMENT PROPERTY.” 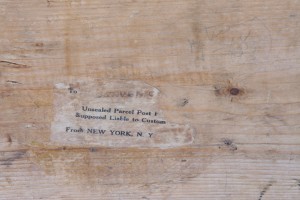 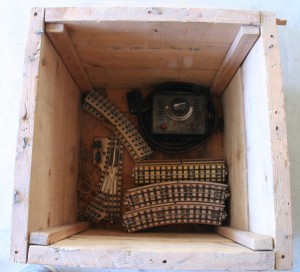 Sets included enough track, switches, and a transformer to make a layout 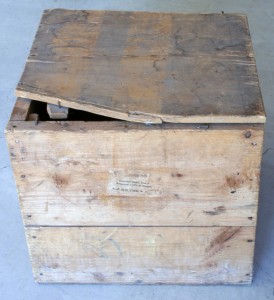 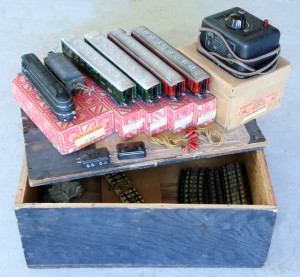 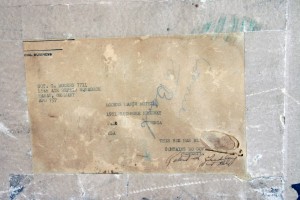 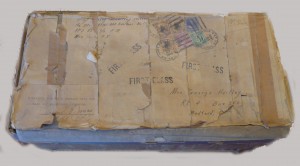 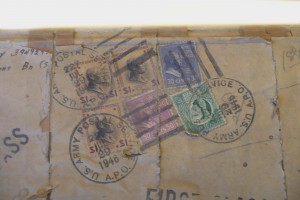