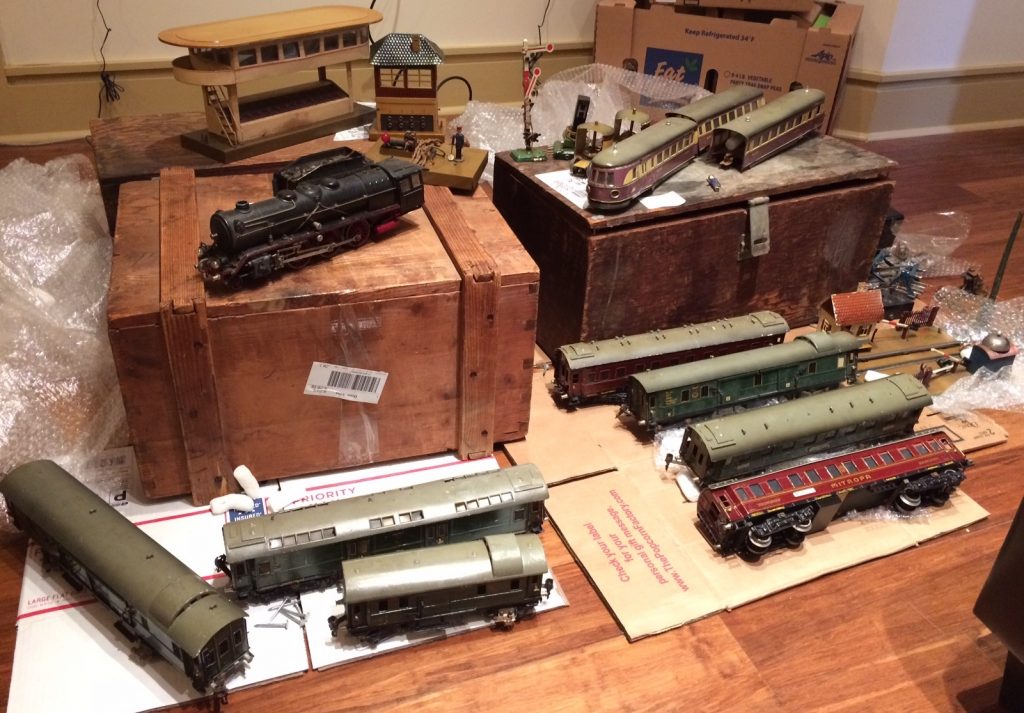 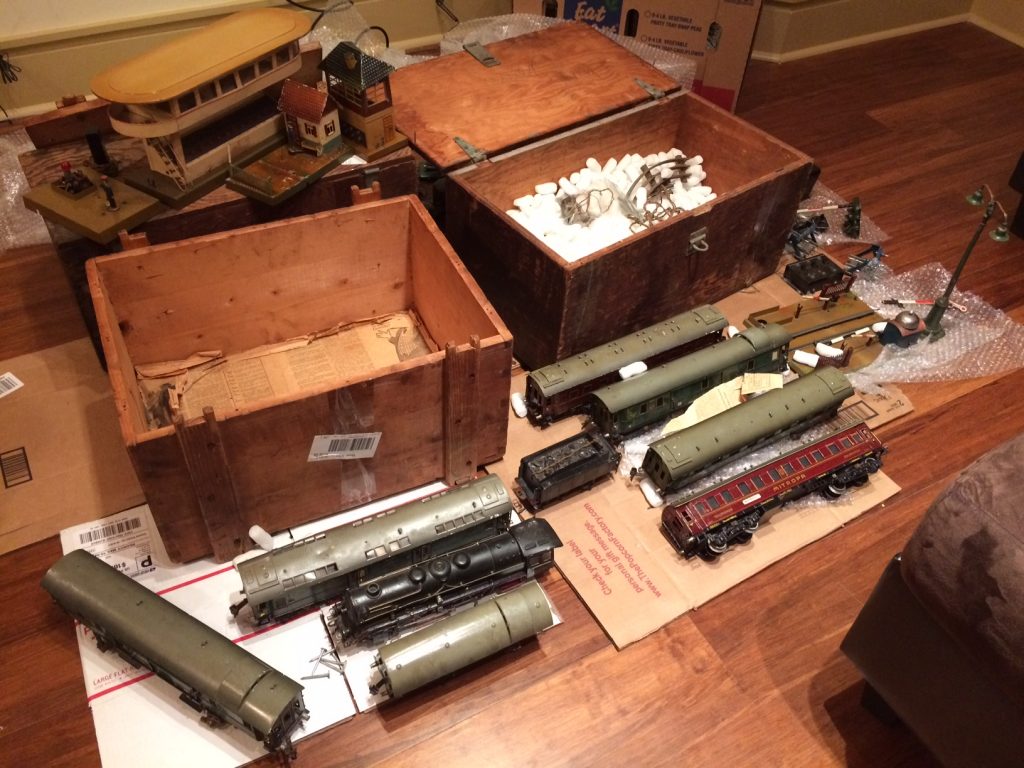 Overview of the collection. One wooden crate had a newspaper at the bottom date from the 1950s. The Pre-War set was shipped to the USA following WWII. 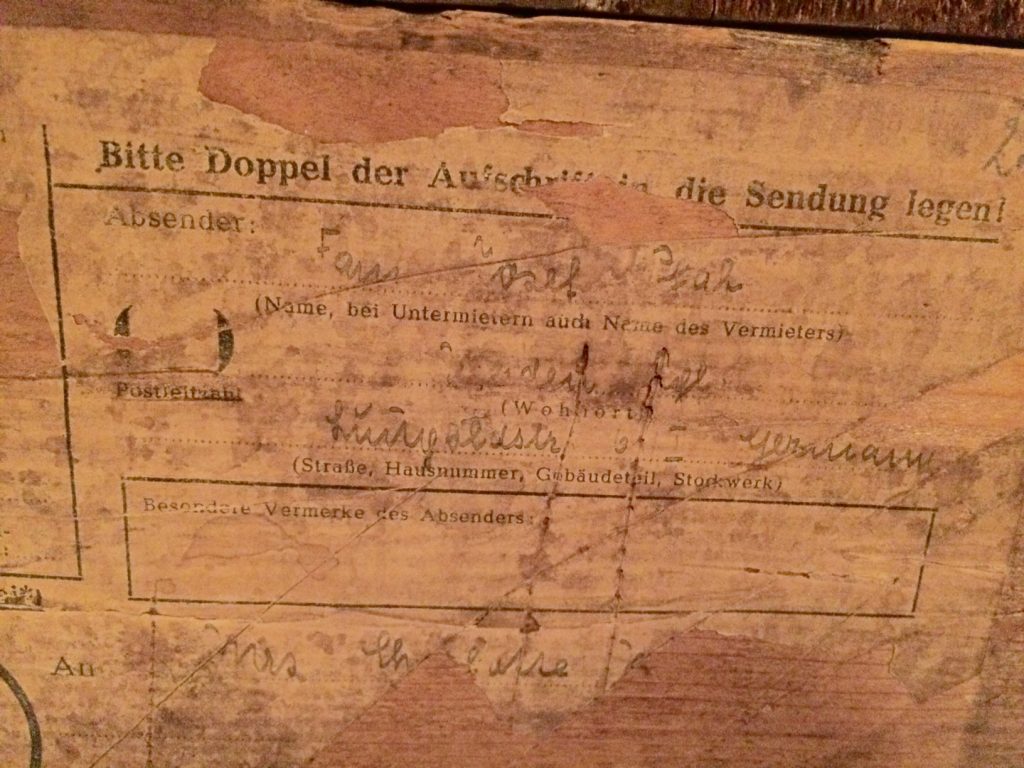 German shipping label on one of the wooden crates. Although difficult to read the hand-writing, I believe the German city possibly reads “Dresden.”  The beginning of the street name read “Lü” then becomes illegible and ends with “str” which is the abbreviation for “Strasse” or street in German. 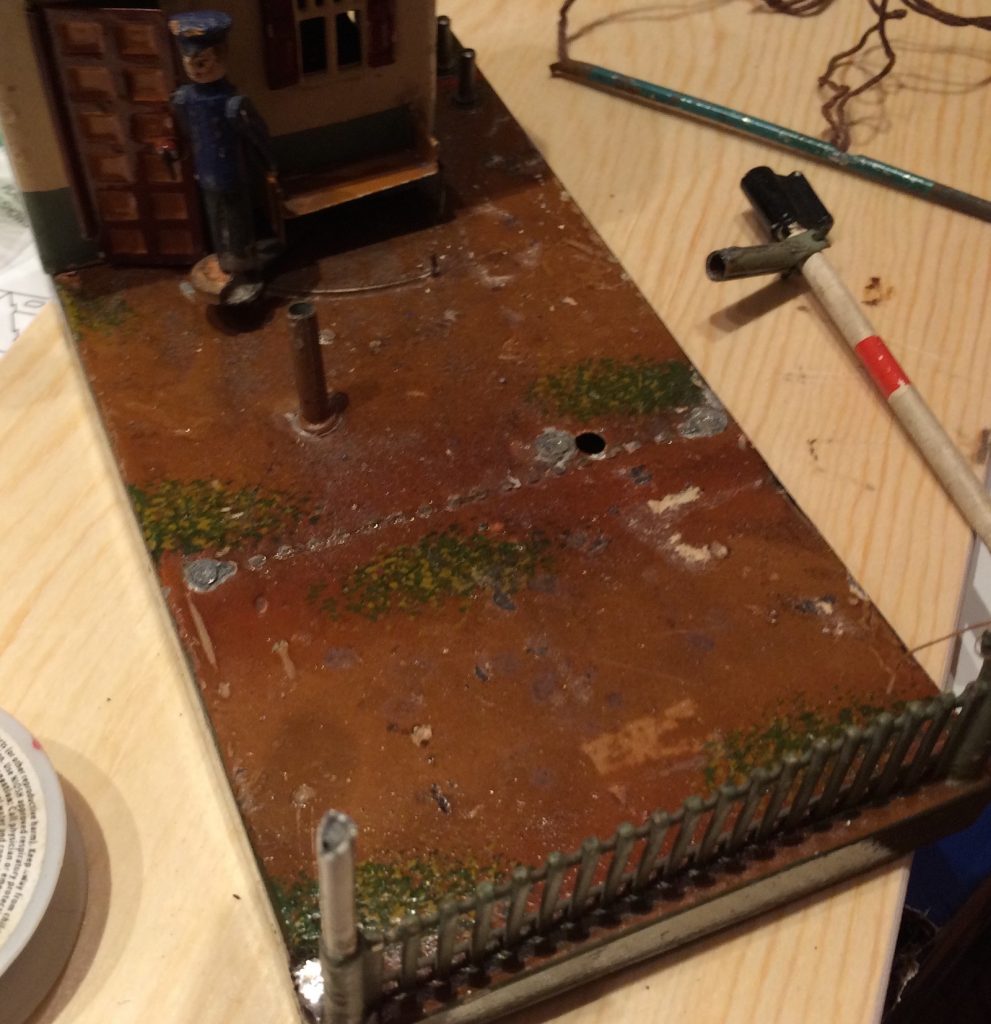 The fencing and crossing gate of the “Bahnwaerterhaus” came off the base, but luckily nearly all parts were present. The parts were found at the bottom of the shipping crate! 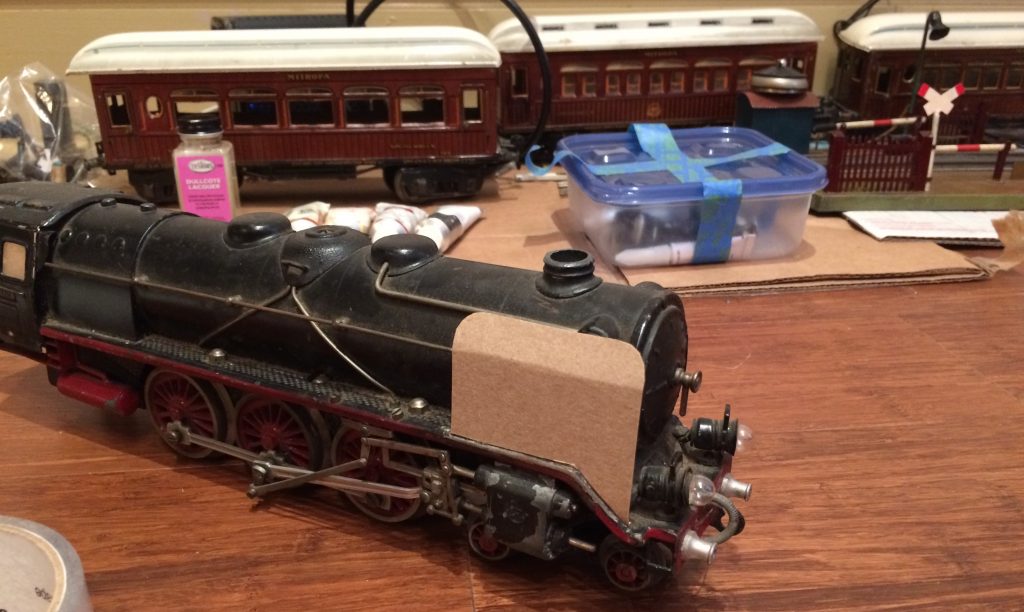 A cardboard template is made for the smoke deflector. 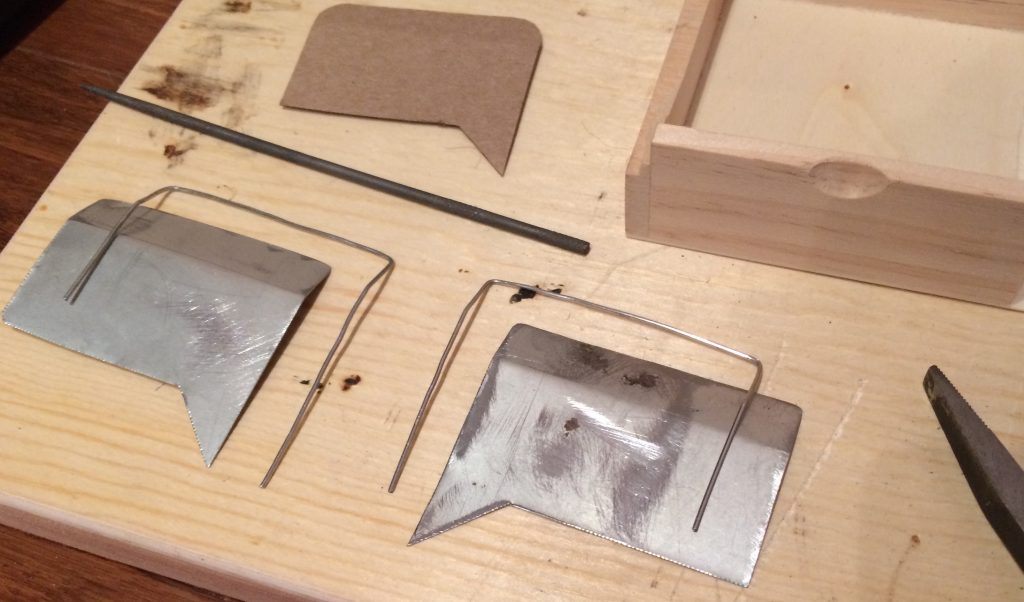 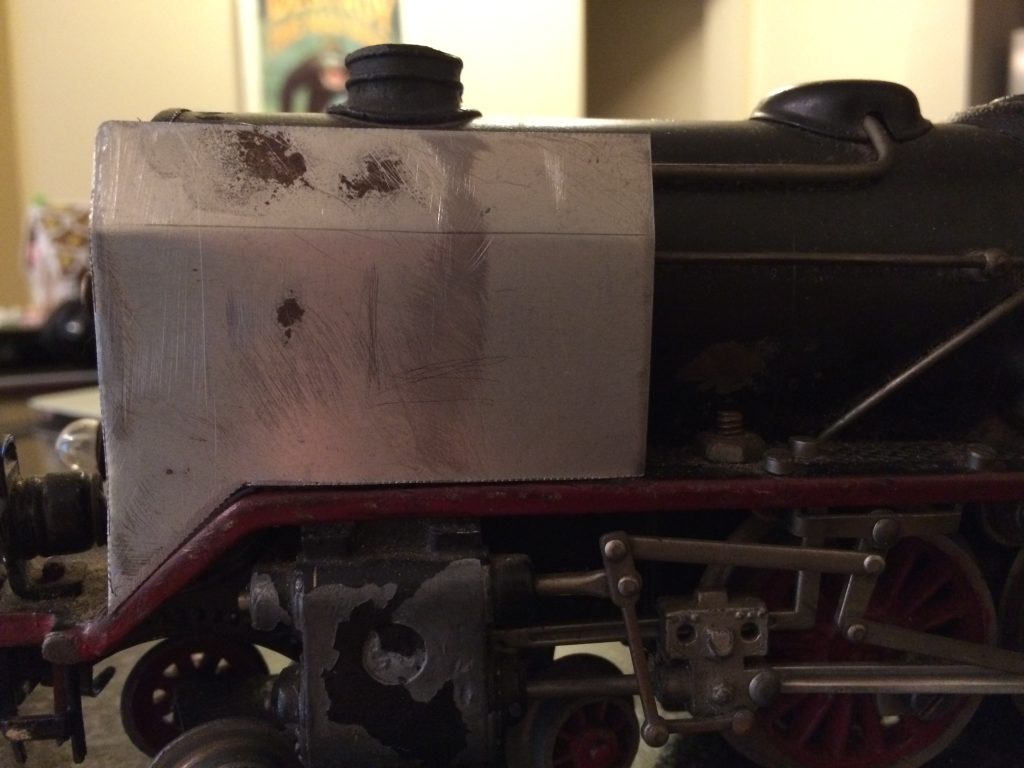 The new smoke deflectors are fitted before soldering. 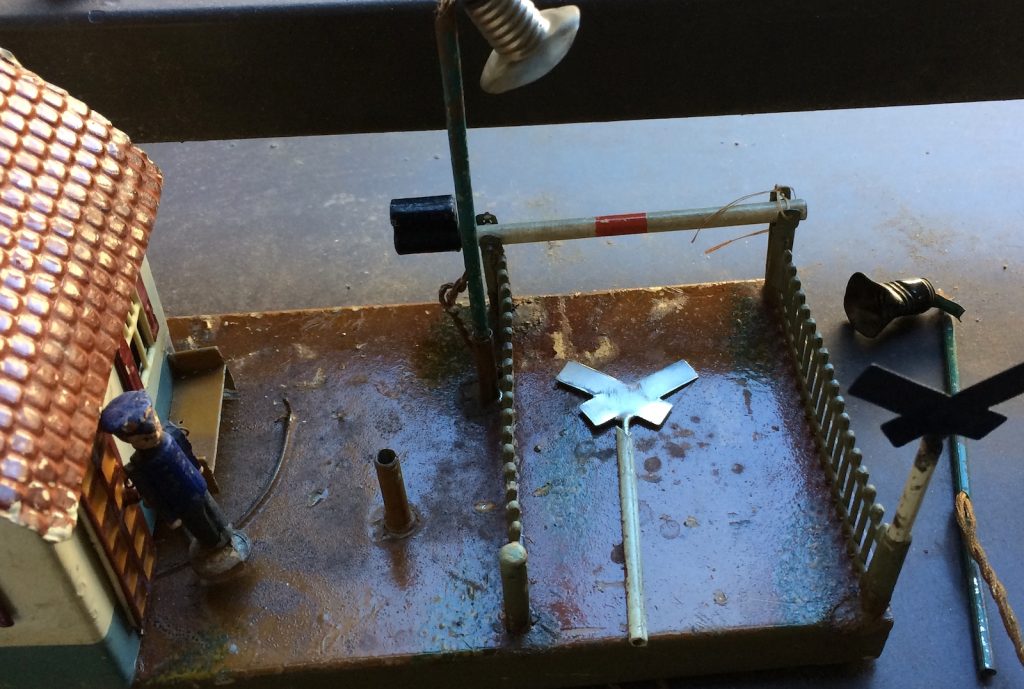 Parts are reattached to the base and signs are added to the top of the original sign posts. 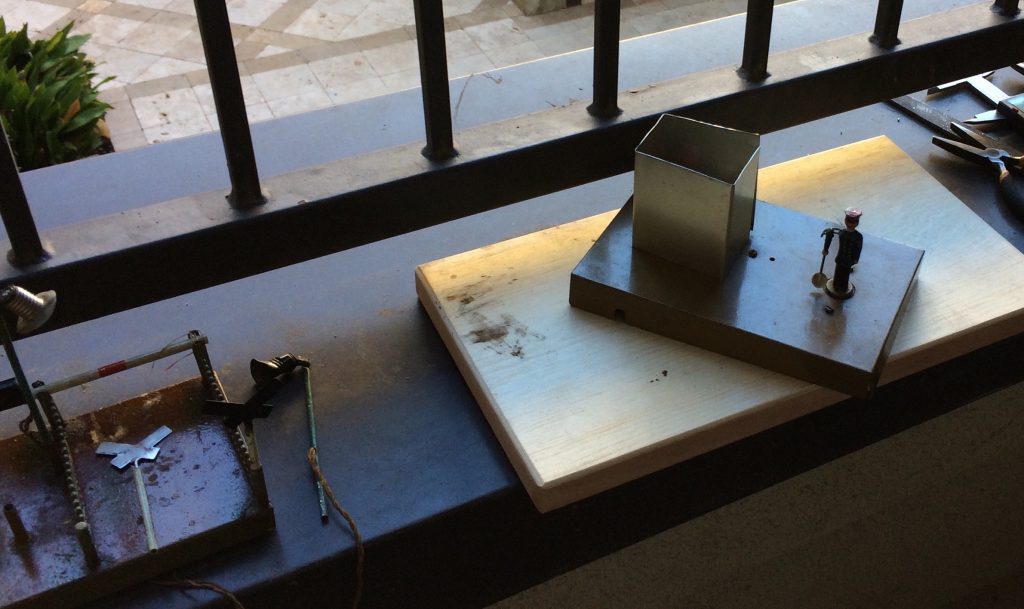 A house is constructed out of tinplate for the train crossing guard. 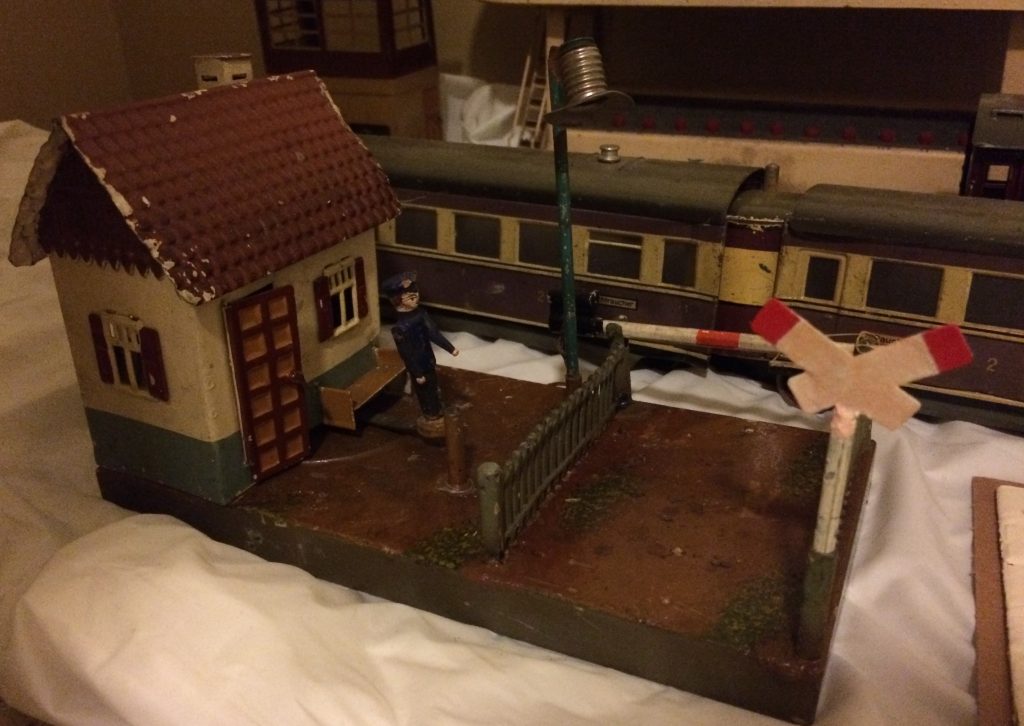 The final work, still missing the faux tree where the base is. This tree will later be reconstructed or an original tree will be added. 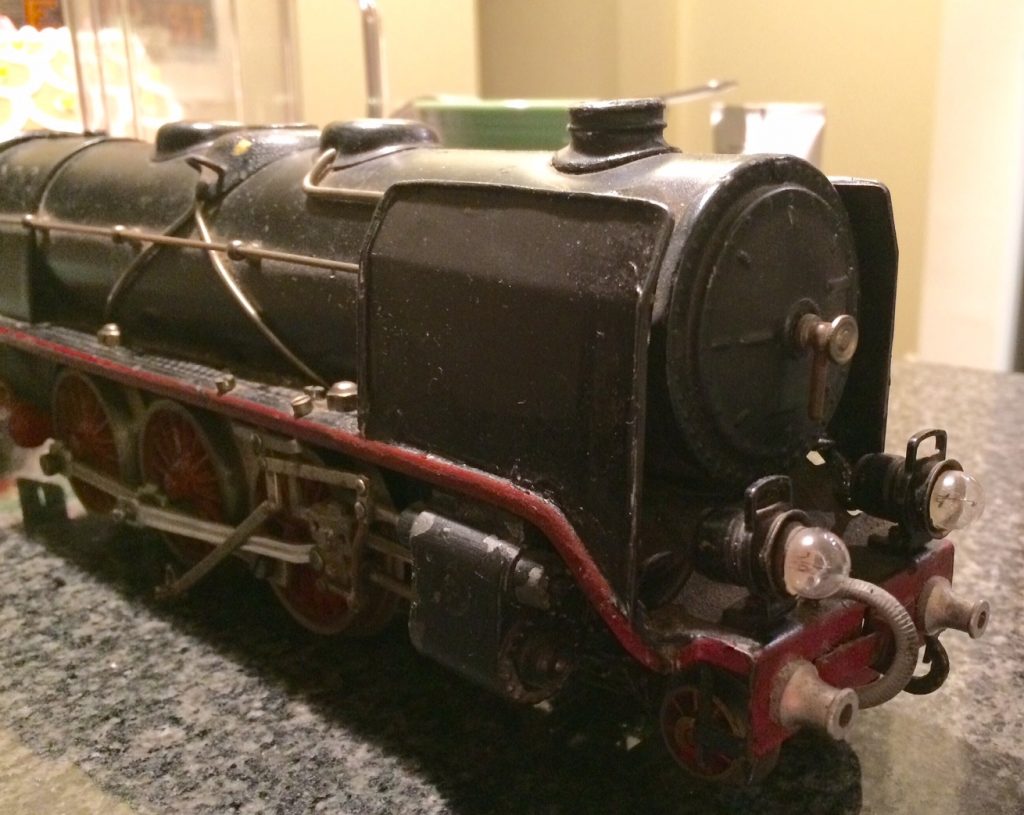 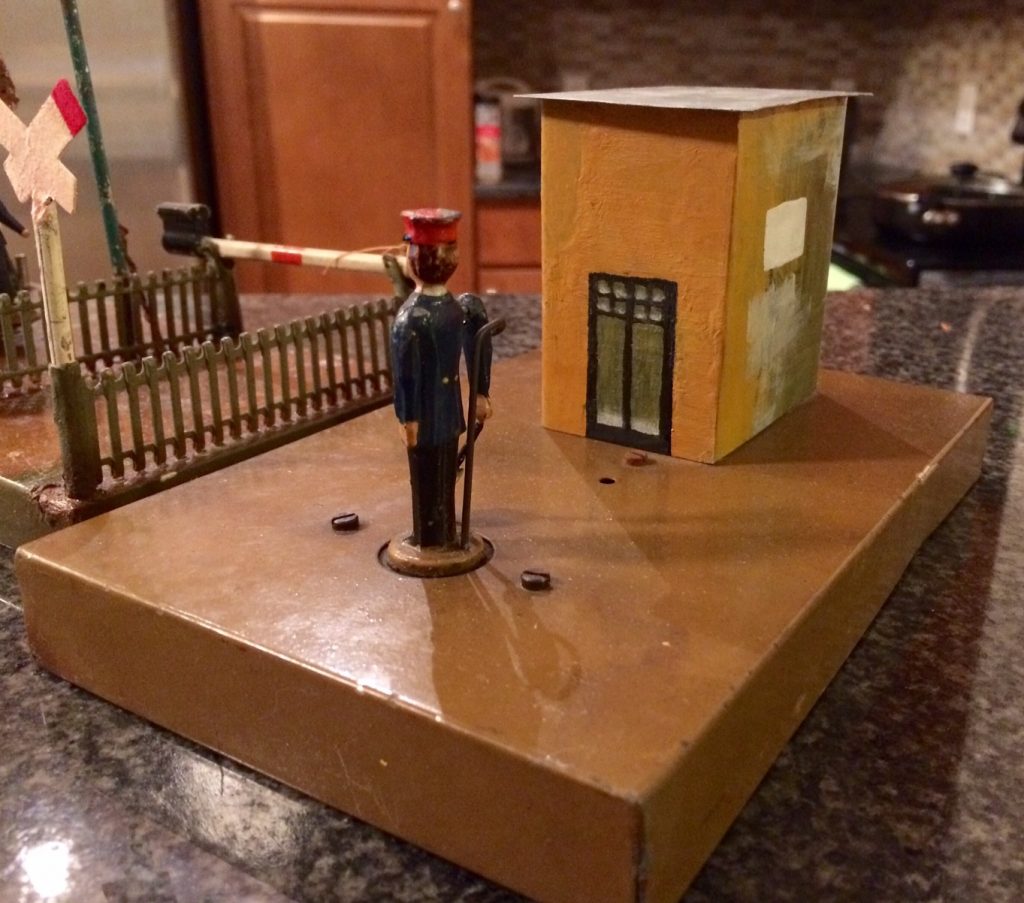 The crossing guard house has initial coats of paint. The original door was pressed with indentations, but this process is very difficult to replicate without heavy machinery. Instead painted shadows are used to simulate the same effect. The paint still needs sanding, a final coat, and lacquer. 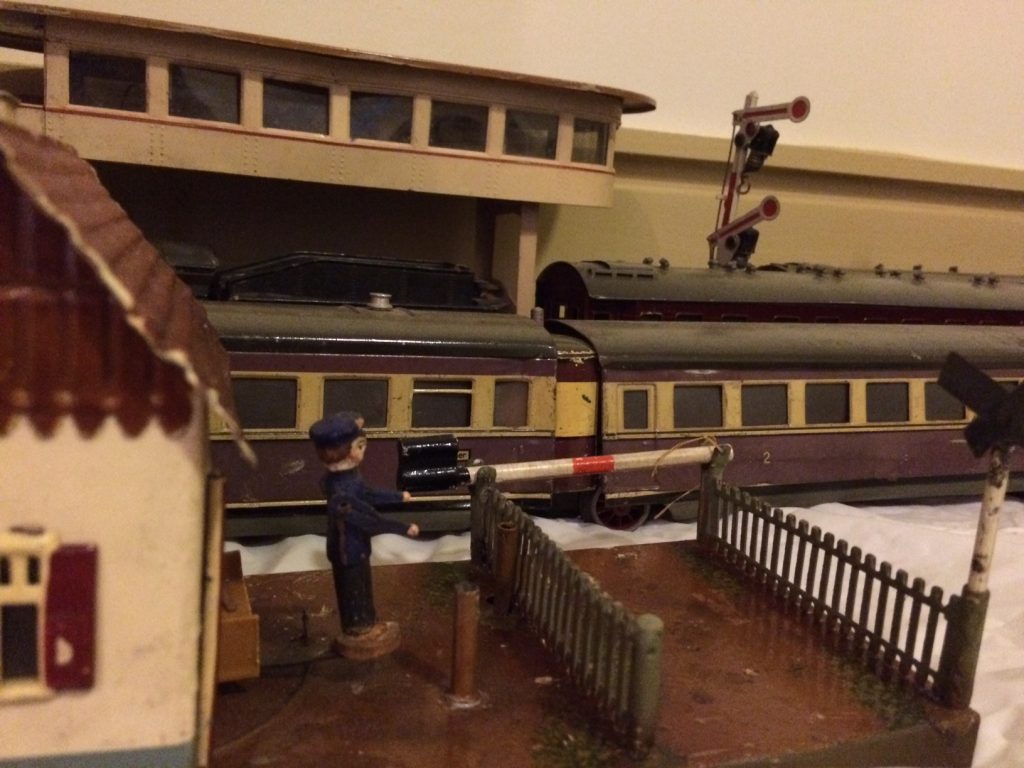