Engage your eyes with nautical treasures as we set sail on a journey through some of Marklin’s finest sea-fairing vessels.  Around the turn of the last century Marklin began producing a wonderful array of tin boats and submarines.  The broad range included early battleships with real cap-gun canons, steam paddle boats, large ocean liners with huge smoke stacks, and war-ready submarines.  Whether powered by a clockwork motor, electric batteries, or a live steam plant, all vessels were built to handle real-life water excursions if their owners so desired and were brave enough to let their expensive toys set sail!

The majestic paddle boats have some of the earliest production dates (1900-1902) and most ornate detailing of all Marklin toy boats.  Embodying luxury at sea, Marklin left no detail unnoticed and used artistic appointments like cabin windows, painted curtains and ornately stamped patterns for decoration.  The upper levels often had passenger benches surrounded by gold-painted railing and staircases.  Funnel were held steady by chains affixed to the deck.  Lifeboats flanking each side of the vessel hung precariously on davits.  The below example of a wonderful early paddle boat reads “PROVIDENCE” on the covered paddle wheels. 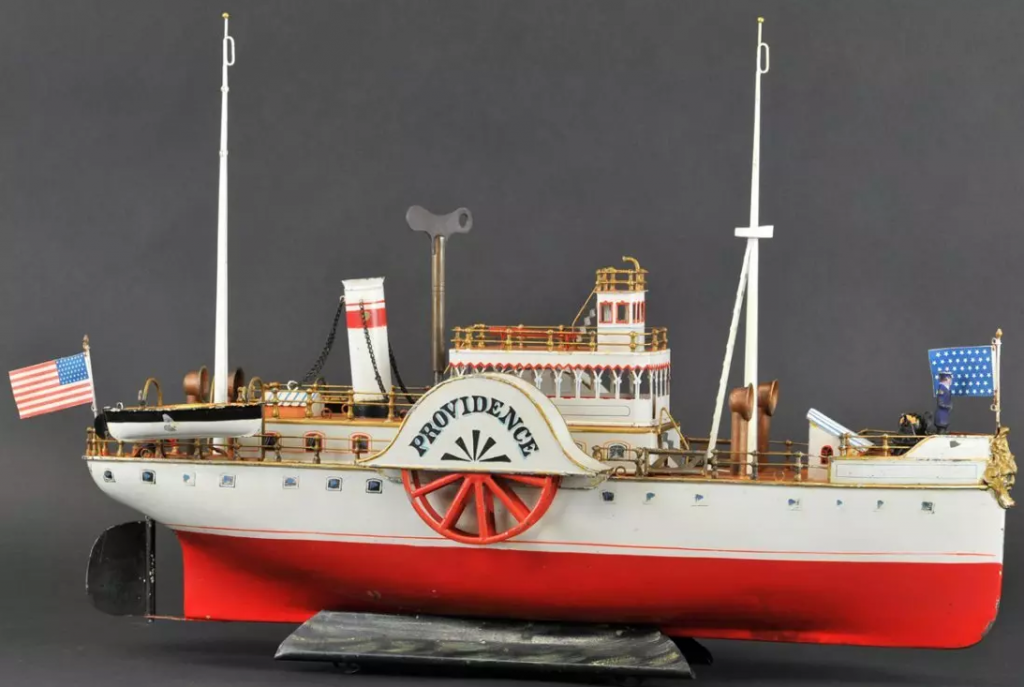 Characterized by high mast towers and a pointy front hull ram, the Marklin first series battleships show both prominence and firepower.  This particular “NEW YORK” boat below dates from about 1902 and features cannons at all sides, an upper level armored canon, and two masts with tiered observation platforms. 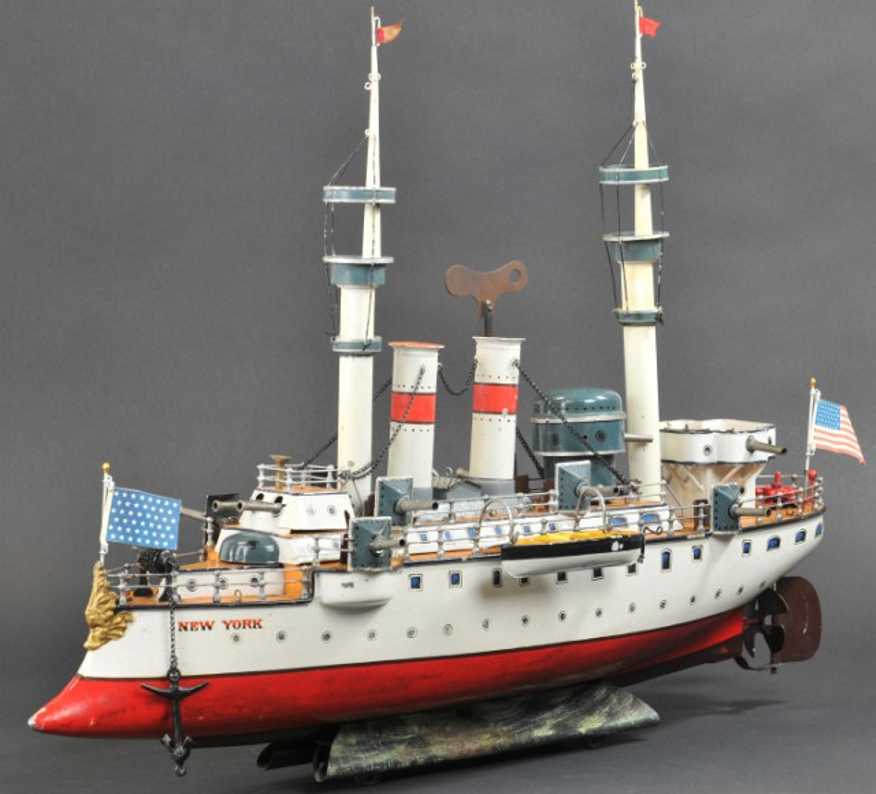 Ocean liners were arguably Marklin’s most impressive and were produced at the height of Marklin’s craftsmanship. The decks, finished in faux wood planking, were adorned with a host of elegant and intricate details including working anchors and chain, tall foremast fitted with searchlight and crow’s nest set just before a multi-tiered superstructure, captain’s quarters and large smoke stacks. At the rear of the ship a domed panel skylight, and ship’s wheel which mechanically controls the rudder bearing Marklin’s crest logo. Electric (dry cell) batteries power an electric motor housed in the hull which propel two propellers via long drive-shafts.  Other models are powered by clockwork or even a live operating steam plant. 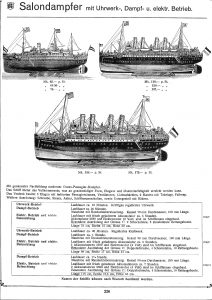 The page above from Marklin’s 1909 product catalog describes the three most popular ocean liners.  Some are “clockwork operation” ships while others are steam or electric (with lights!).  They can run in the water for 12 minutes (clockwork) or from 25 minutes to 1.25 hours (steam).   The electric ones can run from 5 to 7 hours.  The three sizes include 71cm (28 inches), 100cm which is about 39 inches and the largest at 1.2m which is over 47 inches long!  An exceedingly rare example of the mid-sized ship is the “LUSITANIA” variant, sold from the Malcom Forbes Toy Collection by Sotheby’s.  This is the only known example of this model bearing the Lusitania ship name. 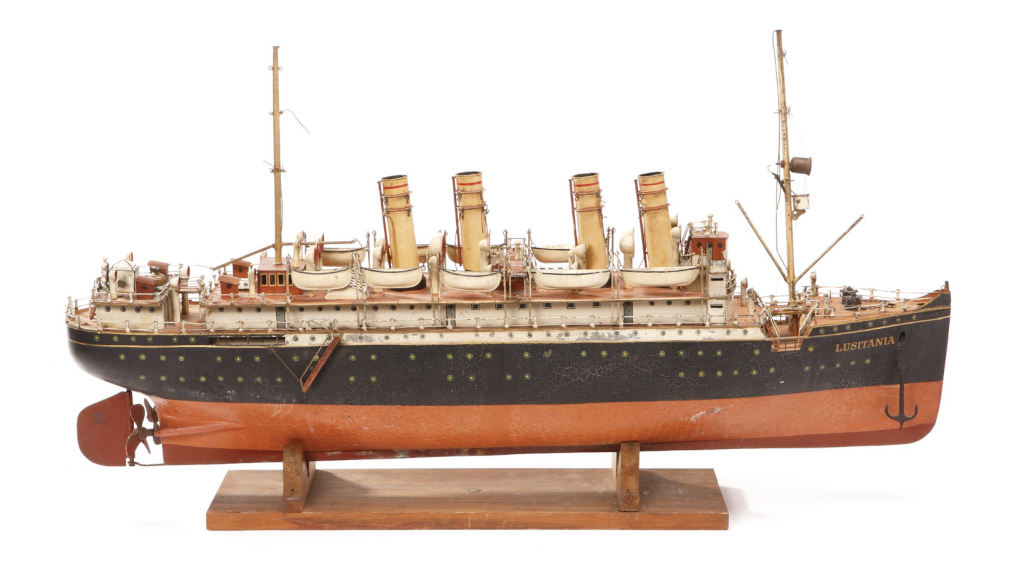 As submarines appeared in naval fleets, Marklin followed suit producing its own range of realistic military vessels.  Appropriately finished in military green, these submarines present a sleek yet threatening stance. The clockwork mechanism, accessed through an airtight hatch, turns a single propeller and four hull-mounted diving planes. Embellishments such as torpedo bursts, portholes, and anchors bring wonderful realism to the vessel which sits on a wheeled stand painted with wave-like brushstrokes and coloring.