The Marklin GOTTHARD Locomotive (Spur 0 & I) and Other Versions

The Marklin GOTHARD locomotive was introduced for the first time in 1920 for O Gauge under number S 64 3020.  The locomotive featured hand and remote reversing operation, 2 pantographs, and 3 electric lamps on the front of the locomotive.  This locomotive was 30cm long and was in production until 1926.  With the end of the S 64 3020 locomotive in 1926, two more GOTTHARD designs were introduced to the market.  One for Gauges O and one for Gauge I under the product numbers S 64 13020 and S 64 13021 respectively.  The O Gauge version was 25.6 cm long and the I Gauge version was 44cm long.  Both versions of the locomotive were only sold for two years with production ending in 1928.  Despite the difference in length and small design variations with respect to their predecessor, these locomotives all share the “/64” Fernschaltung (remote reversing system of the 1920s).  This was one of many in the series of Fernschaltung systems which, in later years, would be /65 /66 /67 and finally /70. 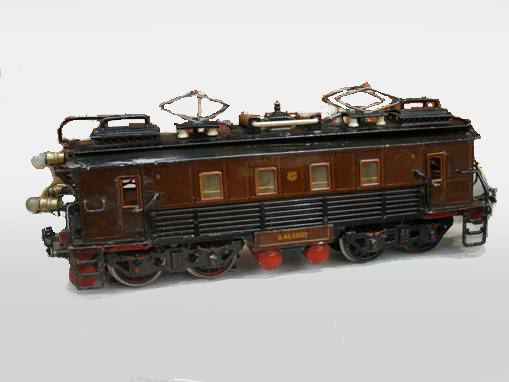 Above is shown an early version of the S 64 13021 GOTTHARD locomotive which was probably produced in 1926. The locomotive features two pantographs, 3 front electric headlights, a hand-painted brown body, and the “64” remote reversing system typical of the 1920s.  Notice on the nameplate below the identification tag which reveals information about the electric specifications and also the Marklin crest from the 1920s. 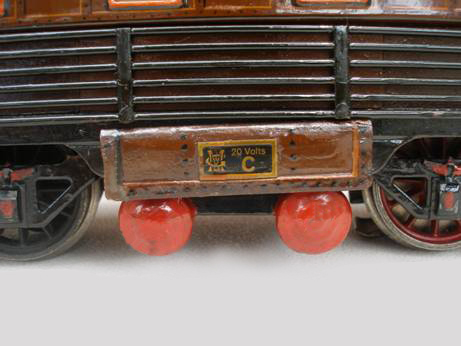 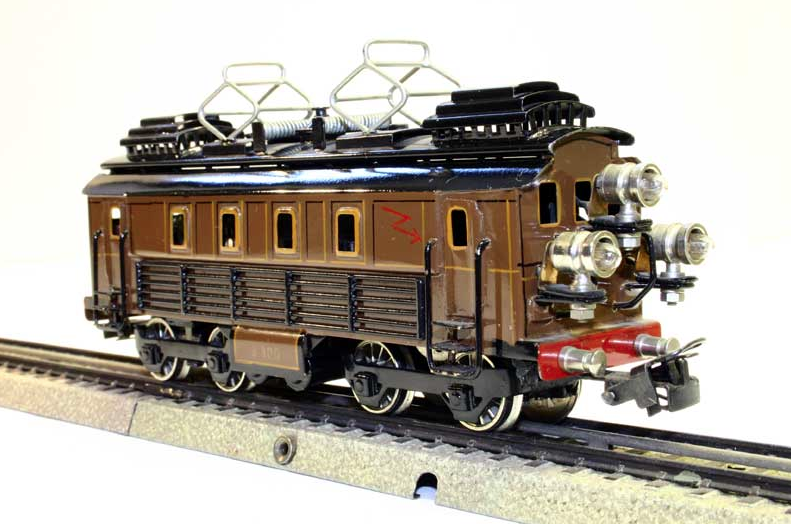